Dogs are known to be affectionate, comforting companions for people of all ages.

When they are trained right, dogs don’t usually bite, so you’re probably wondering why your perfectly trained dog is nibbling on your constantly and maybe on family or friends as well. Here’s the truth:

Dogs will often nibble at their owners when they are seeking attention. Sometimes a dog will give its owner a quick love bite to remind them that they need some TLC. However, dogs will also bite for a variety of other reasons, including exploration, playfulness, or a grooming instinct.

Nibbling may sound like strange behavior to you, but rest assured that it is perfectly normal. Aggressive nibbling is really the only time when there is any cause for concern. If you’d like to know more about why your furry friend has taken to nibbling you, look no further—you can find your answers right here!

So although nibbling is something that all dogs do, it does not commonly come from an aggressive root. Dogs will most often nibble out of either instinct or affection. Here are some reasons why your dog might be a nibbler:

The first and most common reason a dog would nibble its owner is out of affection. Dogs nibble each other as a way of showing their love. If a dog is nibbling you, it could also mean that it wants a certain level of attention from you that you have not given it for a while (even if that has only been a couple of hours).

This behavior is especially common in puppies because they use nibbling and nipping as a means of exploring and learning about their new world.

Like human babies, puppies will also chew incessantly on things when they are teething to try to help soothe the irritations of their teeth coming in. It can get tiring, especially if your pup is chewing on things it shouldn’t.

To help them through the teething period, make sure you have plenty of treats and chew toys to take the edge off.

Dogs also show affection through their grooming of each other. Will a dog groom you? It is more than possible. If your dog has taken to nibbling you with its front teeth (or incisors), that is a sign that it is grooming you.

If its mouth moves in rapid up and down movements, this is also a sign that it is trying to de-flea you. Again, this is usually nothing to worry about since it is most commonly a sign that your dog loves you.

Dogs will also nibble each other during play, so don’t worry if your dogs take a few nips at each other while they romp around. Obviously, if there are signs that one of the other dogs is in pain (yelping, whimpering, limping, etc.), you should put a stop to it, but otherwise, there is probably no need to worry.

They can usually handle what the other can dish out.

Aggressive Nibbling: The Reasons Behind It 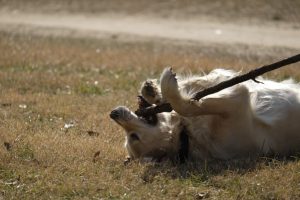 Labrador biting a stick in a sunny day at the park

Dogs do not typically nibble aggressively unless they get overexcited. If they do get overexcited, they will have a harder time controlling how often and how hard they bite down, so be careful to train that behavior out of them as much as possible.

It could potentially become a problem if your dog makes a habit of nipping at unfamiliar dogs because it could very well lead to conflicts.

A mother dog will usually teach her pups to control when and how hard they bite. However, if a puppy is removed from its mother at too early an age, it will not have the opportunity to learn this lesson.

As a result, when your dog nibbles, (even when meant non-aggressively) it could be too hard to be comfortable and that could lead to aggressive nibbling later on.

Additionally, if dogs are not socialized properly with other dogs, they will not learn bite inhibition. When dogs play, they will nibble and comfortably bite each other. However, if a dog bites another dog too hard, the affected dog will yelp.

That will stop the play and teach the biter to be more careful in the future. If your dog does not learn proper social “biting” skills, as it were, it may tend to nibble a little too hard when you are playing together.

Make sure you are careful when interpreting nips from your furry friend. Obviously, if they are biting too hard, you will need to correct them, but make sure you know whether or not the nip was intended aggressively.

A playful dog that is nipping at you or another dog will have relaxed facial muscles and will be wagging its tail. A dog in an aggressive state of mind will have its teeth bared and will tense up when issuing the bite.

Obviously, nibbling is a natural behavior that your dog will continue from time to time, but you should be careful to establish and maintain some boundaries. Nibbling that goes unchecked could turn into biting.

When your dog is a puppy, nibbling has an entirely different meaning, and you should take a different approach to it. When your pup takes to nibbling your clothing or hands, start saying “ouch!” and stop interacting for thirty to sixty seconds.

You can even leave the room for a moment if you want to send a clearer message. This repeated pattern will signal to the puppy that they need to control their biting. 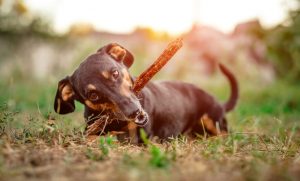 As I mentioned, it’s also a good idea to provide your puppy with plenty of chew toys, especially when it is teething.

This will help puppies to understand what is okay to chew on and what is not, and it will deter them from nibbling on you or other things around the house that they shouldn’t.

If your adult dog is having trouble with biting, you should behave similarly. Yell “ouch!” and growl at the dog and chase it away from you. This will signal to the dog that it has done something wrong.

Asserting your dominance is important because it will make the dog less likely to “attack” you in the future.

You should also immediately stop playing with a dog who is starting to behave aggressively. There is every chance that they just got overexcited and need to take a breather, but make sure you assert yourself and make it known to your dog that biting is never okay. 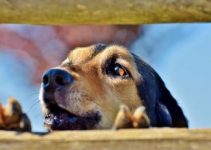 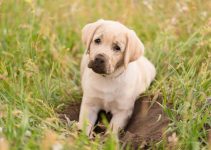