Dog’s speak, learn and interact with body language. They don’t have the benefit of language – only humans have that.

Instead, they teach their young, approach prey and even talk to you using the movement of their ears, mouths, body and tails.

As a dog owner, one of the most effective things you can do to help train your dog is to learn the body language cues he’s sending you and those around you.

It can help to recognize and curb aggression, reduce fear and minimize anxiety.

When a dog becomes aggressive, his ears will stay close to his head and will cock forward or back. 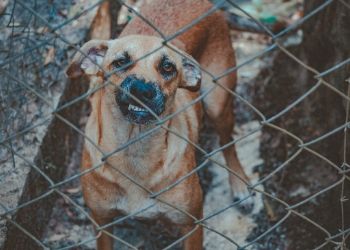 His eyes will narrow and will often try to make direct contact with his opponent in a challenge. His lips will open and draw back to bare his teeth, and sometimes he will snap his jaw.

His body will grow tense and very upright. Hackles will rise on the neck to make the dog look bigger, and his legs will hold squarely to show he is in charge.

His tail will then straighten out, and if he has long hair, it will fluff out to make him look bigger as well. He might snarl, growl or bark too.

When a dog grows alert, his ears will perk up and swivel to catch various sounds that may be around. 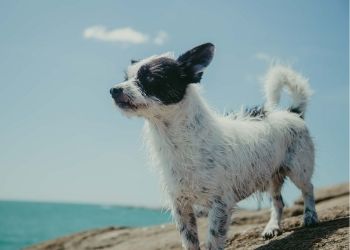 His eyes might widen slightly, and his mouth will remain closed or partially open with teeth completely covered.

His body will remain normal with his weight up on his toes. His tail will usually stay up and wag slightly but very short and rapid wagging.

He tends not to make any noise, but he may whine slightly or use an alarm bark.

When a dog grows anxious, his ears will go slightly back, his eyes will narrow and his mouth will close and look to be in a slight grin. His body will remain tense but will lower in a submissive pose.

His tail will lower slightly, not between his legs but not up either. He will often whine or moan slightly with his barks as well.

When a dog is excited, his ears will point forward and perk up and his eyes will be open wide. 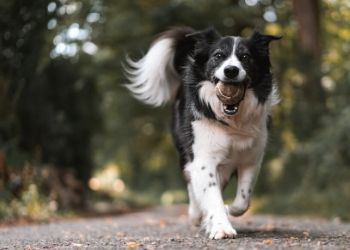 His mouth will often be open with teeth covered and possible panting.

His body remains normal with sometimes some dancing or pacing around involved.

Tails are generally up and wagging, and he might also whine slightly.

There may also be some short, excited barks.

When a dog is trying to exert his dominance, he will have his ears straight up or forward and will have wide-open, staring eyes.

His mouth will remain closed or slightly open, and his posture will be very tall with hackles raised to make him seem larger.

Tails will stiffen and appear fluffed, and the dog might give a low, assertive rumbling or grunting growl. You can often differentiate dominant from aggressive by the mouth motions and his body position.

The dog’s ears will be straight back or to the sides with narrowed eyes that avert to the side, with extra whites showing. 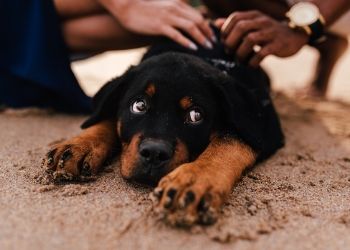 His body will grow tense and crunched lower to show submission.

Tails will usually go between his legs, and he will start to whine, yelp or even growl anxiously.

There are many other small cues you can take away from a dog’s body language, but these basic, introductory cues will hopefully help you understand when a dog has changed his reaction to a situation or is feeling out of sorts.

I’m not sure if you’ve ever tried clicker training your dog before, but dogs learn and understand commands that you give him with a clicker very fast.

Imagine not only putting a stop to all dog behavioral problems for good (digging, barking, aggression, jumping, chewing and so forth), but also being able to train your dog to perform impressive tricks like begging on command, climbing ladders and more!

The great thing about clickers is that it can take as little as 15 minutes to teach your dog that a click is a good thing and even less time to start teaching him basic commands with a clicker.

Additionally, a clicker is much more consistent than your voice. It doesn’t have a tone and cannot be misunderstood by a dog.

Sometimes, our commands can get confused with other words and can result in inappropriate responses from the dog.

Combined with a good command word, a clicker will tell your dog exactly what you want him to do and streamline the entire process of getting your commands through to him.

You’ll never need to worry about whether he understands that what he’s doing is right or wrong. 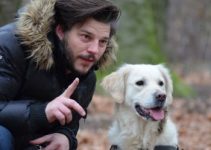 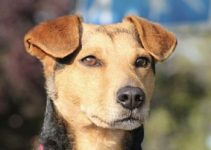 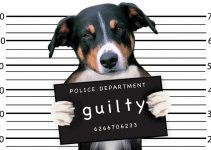