Basset hounds are a large breed dog even though they are shorter in height than most large breeds. Their growth curve is most active from 2 to 12 months.

They have the highest proportion of bone mass than all other dog breeds which makes them heavier than they seem for a dog that only grows to around 15 inches in height.

But when do they stop growing?

Basset Hounds usually stop growing  at 12 to 15 months old and will fill out completely by around 2 years old.

There are a number of factors that determine how large Bassets grow and when they stop growing. They are:

1. Whether they are male or female

2. The type and quality of food they eat

3. The size of their parents

4. Any injuries or health problems they may have as puppies which can slow their rate of growth

Males are typically a little longer and heavier than females. Although the average male Basset tends to be larger than females this is not an absolute rule.

There are many instances of females being heavier than males so it really depends on the individual dog.

If you buy a Basset from a reputable breeder (which is recommended) then your Bassets lineage will be well known. Knowing the growth stages and weight of both parents can give you a good guide on the eventual size of your Basset.

It is only one factor though so just because your Basset’s parents were larger dogs, doesn’t mean that yours will always be the same. Other factors may influence your dog’s eventual size.

Large breed dogs such as Basset hounds can be susceptible to a condition called Panosteitis which is an inflammation that occurs in the bones of young puppies. It mainly affects pups around 6 to 18 months of age – a period when they are experiencing growth spurts.

These growing pains can result in pain or lameness in the limbs which seems to move from one limb to the other as well as being intermittent.

Usually the condition resolves itself over time. Managing the pain using aspirin or anti-inflammatory tablets whenever your Basset experiences symptoms is recommended. 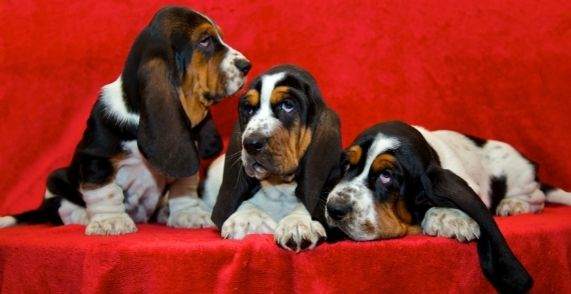 Basset hounds will go through a number of growth stages mainly between 2 months and 12 months old. It can sometimes take a while for that growth spurt to occur but when it does it can come quickly.

Most of the growth will start accelerating around 3 Months of age and continue until 12 – 15 months when the growth plates close and a Basset hound will reach full vertical height.

After around 15 Months the Basset body will fill out horizontally rather than vertically as it gains muscle mass.

How long do Basset hounds get?

Bassets can reach a length of 25 to 35 inches. As with the weight measurements, males tend be a little longer than females on average.

How High Do Bassets Grow?

Basset hounds are a dwarf breed so their height will not be in proportion to their length. From around 12 weeks they will typically be around 7 to 9 inches in height. A typical maximum height for everyday Bassets will be 14 to 15 inches.

Bassets that are considered show dogs must be no more than 14 inches high according to the Basset Hound Club Of America.

A Basset Hound’s ears start lengthening at around 4 weeks, will typically reach down to the nostrils by 6 weeks and achieve maximum length at around 10 weeks old.

From that point on, the head and body will start to grow and the ears will begin to look relatively smaller over time as the rest of their body catches up. 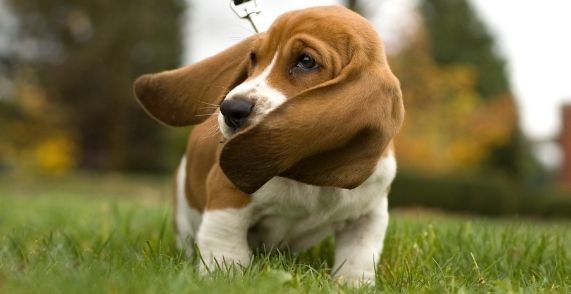 Is Your Basset Hound Underweight?

Basset can have growth surges so being underweight for a length of time is not uncommon. An underweight puppy can quickly grow during these growth spurts.

It’s important not to over-feed your Basset if you feel they are underweight. Whether or not the growth spurt happens or not is yet to be determined but if it does happen it will happen naturally.

Over-feeding your Basset too early in their life can lead to problems later. Their bone structure needs time to grow and develop before their bodies can handle the extra weight.

Is your Basset Hound Overweight?

Bassets are a breed that are notorious for putting on weight and it’s something that owners have to watch out for. There are a few things you can do to make sure you stay on top of it.

1. Keeping an eye on how much food you are feeding your Basset. If they seem a little overweight reduce the portion sizes to around 3/4 of the normal amount you feed them.

2. Watching how many times a day you’re feeding your Basset. This can be an option that you can take in addition to reducing the portion sizes.

3. Resisting the temptation to feed them scraps of human food. Human food typically contains more fat than food designed for dogs. It also may contain ingredients that can have an adverse affect if ingested consistently by your pet.

You can read our guide to how much you should be feeding your Basset puppy here.

4. Taking your Basset for regular exercise. Make time to exercise your Basset everyday by scheduling a regular walk around the neighborhood or park.

Just make sure it is low impact exercise especially if you have a Basset puppy who is still growing into it’s body.

Your vet will be able to check your Basset’s weight during their annual checkup. They will let you know if some of the above changes need to be made and what they would consider your dog’s ideal weight to get down to if they are overweight. 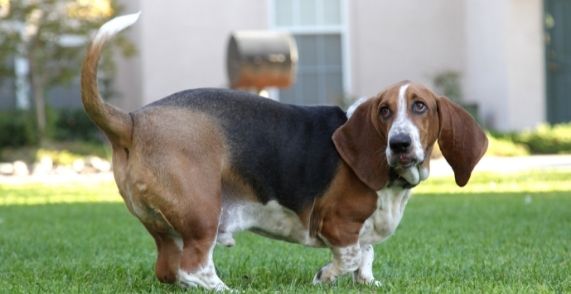 Many Basset parents report of their concerns about their dog’s growth rate, whether they are underweight or overweight and when they might stop the growing process.

As mentioned, it’s often the case that growth spurts can occur anytime during the normal Basset growth stage so be patient if your dog doesn’t seem to be growing as fast as you would like.

The real danger for Basset hounds is obesity so be vigilant for any signs that show that there may be a problem. 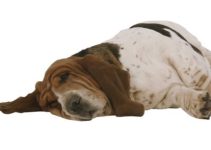 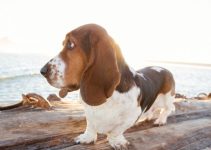 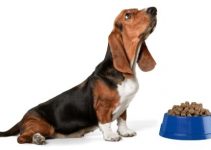